Trail users gave a very clear explanation of why the Saunders-Monticello Trail is successful: it is a beautiful, natural space close to town, it feels safe, and is built with such gentleness and generous proportions that it can be enjoyed by almost anyone. Respondents said they would like to be able to get there more easily without a car and be more connected to nearby destinations such as Piedmont Virginia Community College (PVCC), Albemarle’s Southern Neighborhood Area, James Monroe’s Highland, Morven, and local schools.[2]

We selected four corridors identified in local Comprehensive Plans and named them A, B, C, and D for convenience. [3] Each is unique, with distinct characteristics and opportunities. For example: 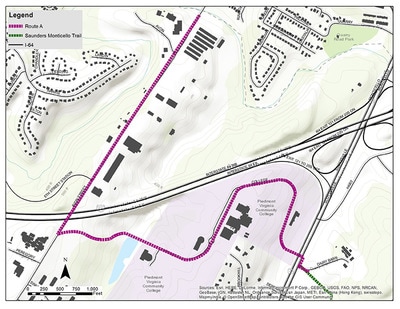 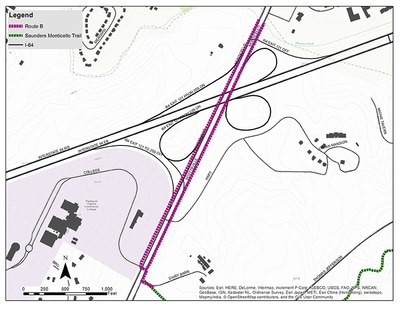 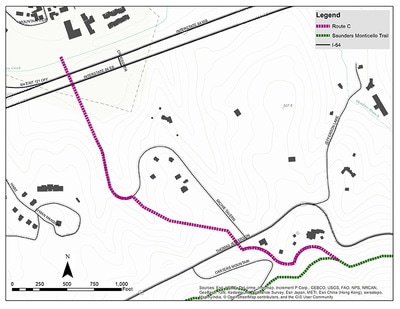 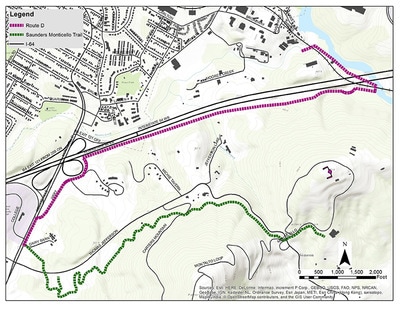 Maps of Routes A, B, C, and D.
We recommend a phased comprehensive approach that uses elements of all routes. A wider network provides greater access, disperses users through space, reduces crowding, and creates a diversity of route options. Each route has at least one major advantage—and at least one major disadvantage. None will meet all the goals alone.

All of the routes contribute to the localities’ transportation and recreation goals. Together, they create a robust network that aligns with the broader vision, values, goals, and objectives established in Albemarle County, Charlottesville City, TJPDC, the Commonwealth of Virginia, and local foundations’ plans.

Trails can be significant drivers of economic activity, generating revenue from both tourists and local users. Business opportunities exist around the trail access points and along several of the routes in the core study area. Trails can also promote healthy lifestyles, and these connectors are strategically close to neighborhoods, parks, and sites of opportunity. A resource like Monticello and the beautiful surrounding lands should be available to all, regardless of access to a car. 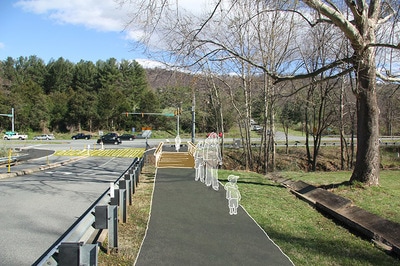 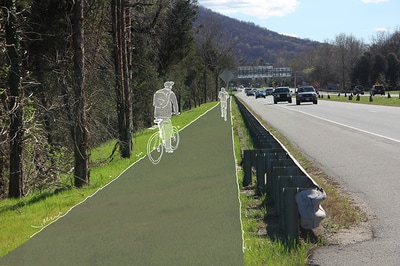 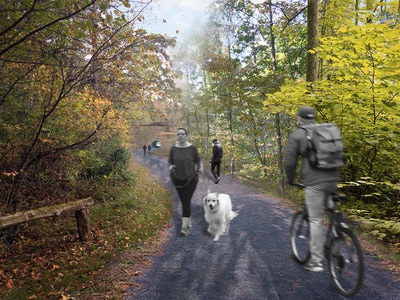 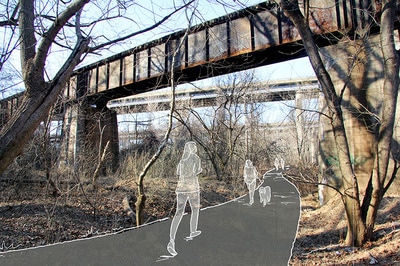 Visualizations of the Routes A, B, C, and D.
There are abundant opportunities for education in an area so rich in heritage, culture, and natural variety. Programming can and should extend into Charlottesville city, linking with partner organizations with symbiotic missions, such as the local schools, the University of Virginia, the Jefferson School Center for African American Heritage, and PVCC.

We actively investigated the literature and consulted our advisory committee and could not find any clear downsides besides cost.[4]  On the other hand, we found multiple cases in which significant positive outcomes (such as connecting sundered educational resources, new business formation, increased sales tax revenue, revitalized towns and new community celebrations) were directly attributable to trail construction. We found many examples of communities that have overcome barriers similar to those here, often with fewer available resources than Charlottesville and Albemarle possess.

Strategic Considerations
The Virginia Department of Transportation (VDOT) is most likely to fund projects that accomplish multiple goals, as these do, especially those with statewide or national heritage and recreation implications.[5]  VDOT has many resources that will be of assistance.

There is the potential for quickly, but partially, increasing connectivity by modifying the intersection of VA-20 and College Drive to accommodate pedestrians and adding a footbridge over Cow Branch Creek. This would relieve pressure on the Saunders-Monticello Trail parking lots by adding parking at PVCC and create safer access from the County’s Southern Neighborhood Area.[6] 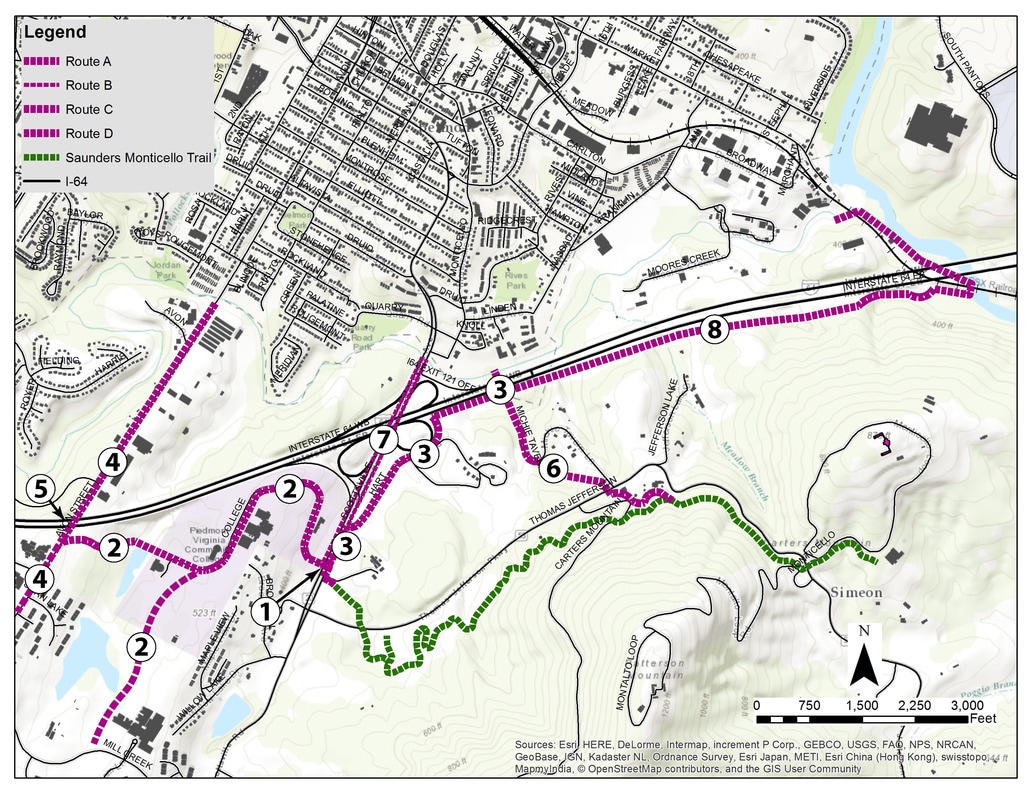 Phasing Plan.
Significant savings can be obtained in the medium term by routing Route B through the Route C tunnel and skirting the interchange, reducing the need for pedestrians to cross it. Thus, the route could be made safe before the interchange is reconfigured.[7]  These two trails start at a site that would make a fine trailhead parklet with bathrooms and parking that could also serve in-bound commuters, reducing city traffic.

One more short term solution would be to work with Carter Mountain Orchard to restore pedestrian access during their operating season. This connection could open pedestrian access to James Monroe’s Highland and, potentially, to Morven.[8]

Next Steps
The next step will be for the stakeholders to reconvene and establish a path forward. Projects like this generally have a convening body or champion that keeps the process moving forward by providing a central voice and point of contact. We suggest that TJPDC play that role, with local governments, in cooperation with VDOT, handling implementation.

They should determine priorities, bring in new partners, including local businesses, and involve the public. There is a considerable well of excitement that can be tapped for advocacy, fundraising, technical support, and volunteer assistance. The community can build on the engagement and momentum this project has generated and work together to bring this shared opportunity to fruition.
FULL REPORT
Notes:
Image: All Four Corridors